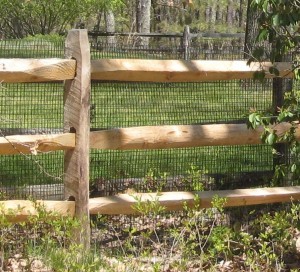 In addition to our complete selection mentioned above, we also inventory seasonally Split Post and Rail Fence.  These are historically significant fences, which we are used to seeing in the movies and at historical sites. Amechi Fence Company provides split rail fences and posts primarily made from Locust, Spruce and Pine woods.

A split-rail fence or log fence (also known as a zigzag fence, worm fence or snake fence historically due to its meandering layout) is a type of fence constructed out of timber logs, usually split lengthwise into rails and typically used for agricultural or decorative fencing. Such fences require much more timber than other types of fences, and so are generally only common in areas where wood is abundant. However, they are very simple in their construction, and can be assembled with few tools even on hard or rocky ground. They also can be built without using any nails or other hardware; such hardware was often scarce in frontier areas. They are particularly popular in very rocky areas where post hole digging is almost impossible. They can even be partially or wholly disassembled if the fence needs to be moved or the wood becomes more useful for other purposes. During the American Civil War, these split rail fences were a major source of firewood for both the Union and Confederate armies. Most split rail fences have the rails stacked in an interlocking zig-zag fashion that is self-supporting, easy to create, easy to repair, and easy to disassemble.

For presidential history buffs, the Smithsonian has a published article about “The Legend of Lincoln’s Fence Rail“, which of course, was the classic split rail fencing. 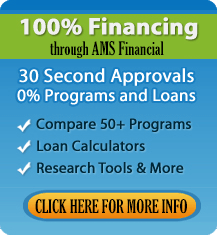